The Glory That Was Geekfest

Having gone along to the first Nine Worlds Geekfest last year to sell stuff, along with Miss Deadly Glamour, and had a completely wonderful time, I was even more thrilled to be attending this year as an actual speaker/performer/workshopper.

I am a thoroughly subcultural, non-mainstream old bird and always have been - give me pagans, perverts and morris dancers over z-list slebs and hipster hangouts any day - and one of the reasons I love these types of event is that you meet nicer people. Nine Worlds deserves particular praise in this area for managing to host an event that is hugely inclusive and accessible without the organisers ever getting tiresomely officious about it. It's just a done deal - all kinds of people are attending: everyone's got the right to be there and enjoy him/herself without being pestered or mocked or patronized or chivvied about. 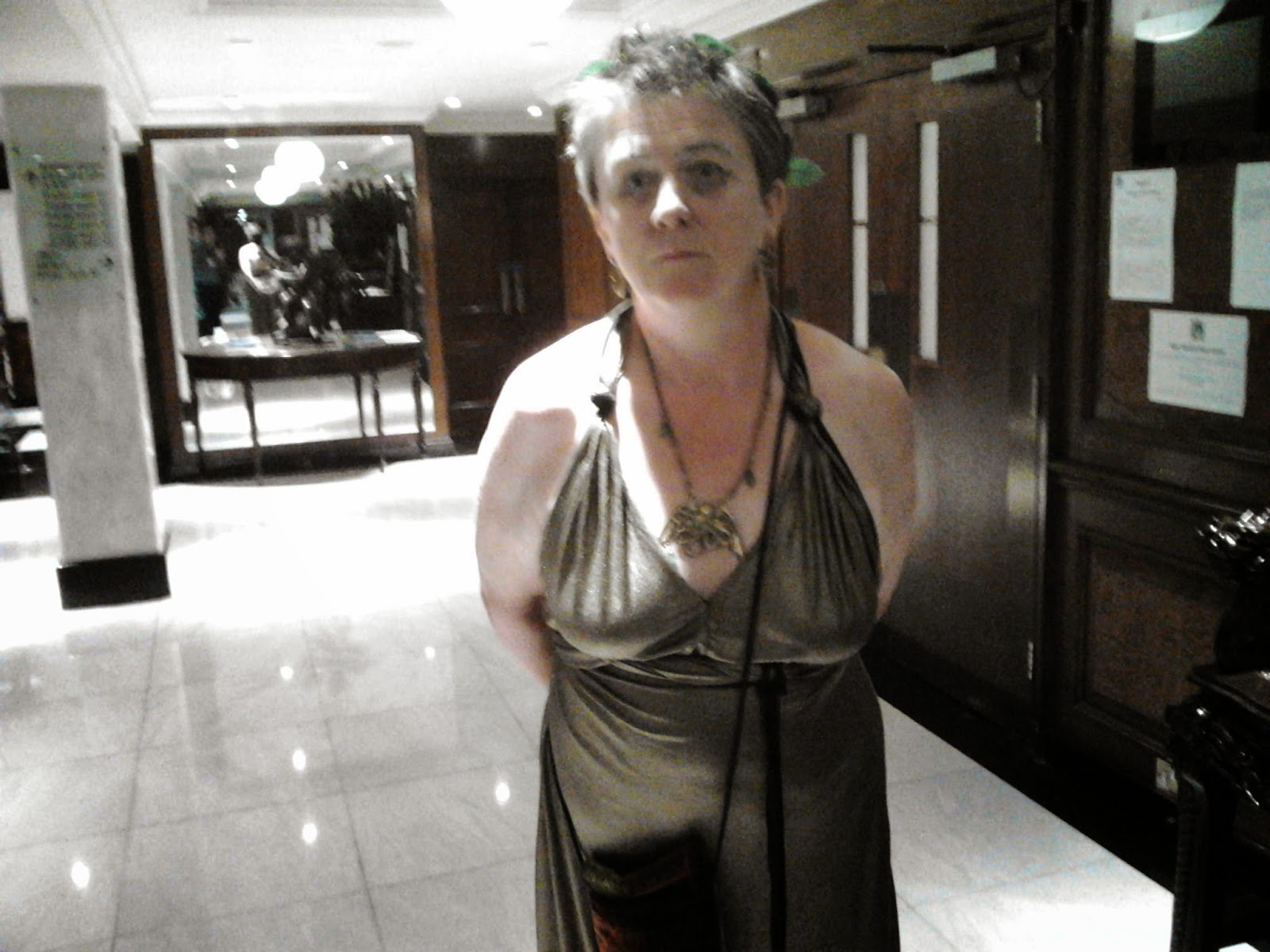 Admittedly it might have been smarter to wait till after I had done my bit before diving into the messy injuries make-up workshop and putting on a zombie face. But no one seemed to mind my sunken eyes and smears of fake blood.

Despite a couple of technical hitches at the beginning, our workshop went off well, and people seemed to enjoy being given a selection of short passages to transform from one genre to another (steampunk to BDSM, lesbian spanking to paranormal het romance, etc) and the standard of work read out at the later Smut Slam was pretty damn good as well. Kristina and I agreed that, in the spirit of inclusiveness and good sportingness and stuff, we would not give the prize to any of our mates even though several were in the room having been pestered by us to enter the contest in case no one else did, but luckily all the writers who were new to us were brilliant too, and it was actually a difficult decision to make.

And I have lost the bit of paper on which I wrote down the winners' names, which is extremely crap of me. But you were wonderful and I hope you enjoy your books.

Next year, I am definitely going to go for the entire weekend. Even if it means repeated 4-hour night bus journeys while dressed as some kind of alien.