Feeding the ever-hungry monsters and not letting them bite you.

I first heard the phrase at the London Bloggers Meetup in April, and while it was being discussed with regard to musicians, it applies equally well to writers (and artists, and photographers and jewellers, and probably people who make balloon animals as well). Maybe if you're under 21 and have grown up with social media as part of your landscape, it comes more easily to you - or maybe it's a question of how much of your self you are offering up with your work.

I got a little fright, and then I got a little surprise, last week. I'm not a total newcomer to the public eye - back in the 90s I did quite a bit of TV but (again) it was all a bit different. I could go and make a total willy of myself on some live-broadcast regional chatshow feeling quite comfortably secure that my mum wouldn't see it and that those of my mates who lived in the relevant area would be in the pub when it was on. These days, if you get pissed and depart from the official line on even some obscure late night satellite channel filler show, some bastard will have it up on YouTube before you've recovered from your hangover. So I was Googling myself, as you do, and to my horror found a link offering Pictures. Of me. Once I'd finished shrieking, I found that it wasn't actually that bad - it consisted of a couple of perfectly reasonable headshots and portraits that I had given someone permission to use when I was interviewed for their website a few years ago. Along with the current profile pic from my Facebook profile, which I hadn't given anyone any permissions about - or so I thought - as it was a gurny unflattering photo I'd chucked up there to show off a drastic hair restyle and not bothered to change. 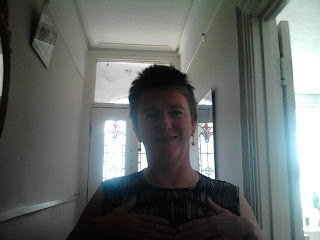 No it wasn't this one


I still wouldn't have bothered, if not for a cheery, chatty email from someone organising an event I'm going to be involved in, which had attached a poster for that event. Which featured the gurny, unflattering Facebook photo that some clever little sod had merrily downloaded. I used to think that people who kept their Facebook profile photo as a cartoon character or a picture of a piece of cheese were being a bit twee - well, consider that a lesson learned. Naturally I immediately changed mine to a shot of the old badge tray, and then emailed the organiser a quickly-shot selfie which is probably only slightly less horrible than the one that was originally used but at least doesn't have my actual road where I live in the background. 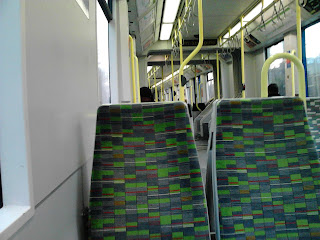 But the monsters still need feeding. I set up a Facebook page for the book, thinking oh well, OK, that's my book, hello adoring public, and then found that my own Facebook page, which had been a merry melting pot of old pals, former work colleagues and new acquaintances, was getting horribly unbalanced. I'm still totally defeated by Twitter, which remains in my mind the equivalent of shouting at passing cars. And now I'm thinking that my 'other identity' probably needs Facebook and Twitter accounts as well given that 'her' books are a bit different to a lot of 'mine' and therefore published under another name. For a while, I had another blog about my day job, a clean cute fluffy one, which ended up being more of a general rant thing so I started this one for More Rants as well as More Smut and meant to make the other one more cute and fluffy.

And then I remain amazed that I don't get a lot of sleep.
Posted by Unknown at 18:17