Perhaps not 'with a bucket and spade and a hand grenade' - in my case it will be with a bag of flyers and quite possibly a sneaky six-pack. I haven't actually been to Erotica for a year or two, and haven't been an exhibitor since 2005, but I am quite looking forward to it this time round. 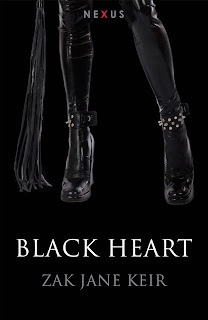 (flyers will naturally be featuring this. Can't upload the poxy flyer itself as it's a PDF grr)

I was at the very first one, in November 1997. I remember hearing about it that summer, and discussing it with my friends G and L, with whom I ran the Guild Of Erotic Writers. Initially we weren't going to go due to it being about £3K for a pitch, but then we heard that the Whiplash Fetish Market people had booked a massive chunk of space and were parceling it out at £300 a table, so in we promptly leapt. As I recall, we were flogging Guild books (Anthology no 1 and Deadly Strangers, our venture into horror), the opportunity to sign up for Guild membership, and - a bit of a forerunner of what Decadent Media would later become - I knocked up a bunch of 'slave contracts' on the office Mac and put them into clear film pockets and took them along as well.

And it was probably one of the most exciting weekends of my life. The event ran from Friday lunchtime to Sunday evening, as it still does, and on the Friday evening I had to hand the stall over to G and bolt up to Manchester to take part in one of what we used to call 'the regionals' - a late-night live talk show that would feature a panel of experts and an audience spiked with picked contributors who had something to say. I think this particular one was Granada Upfront but it might have been Central Weekend, or something else entirely. I remember trying to articulate what the first day had been like: a non-stop rush of giggly, excited, generally lovely people, all eager to explore what was on offer. I'd said to friends and fellow traders at the time: it's like the start of a revolution. 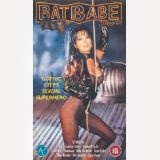 I'm looking forward to this year's do, though. I know I'm going to be catching up with a lot of mates, potential new friends, clients and colleagues. And not having to lug crates and crates of stock with me will be a relief, as well. Let's just hope it turns out nice for us all.
Posted by Unknown at 16:45