Trans and Terfs and Tossers and Tantrums (part 1)

This whole tiresome unpleasant ongoing ruck seems to me to have two main causes.
Some people can’t accept that they are not the centre of the fucking universe
Some people find that being progressive is no fun unless they can find a moral justification to be absolutely horrible to other people. 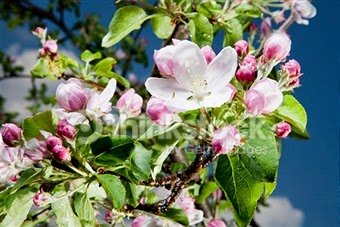 (Peace. Smell the flowers. Be excellent or at least not a raging arsehole)

So some trans activists behave as though their worst and most dangerous enemies are feminists, and some radical feminists behave as though all trans people are their worst and most dangerous enemies. This isn’t two bald men fighting over a comb, it’s two lots of people in a burning house blaming each other for having left the bath running instead of helping each other climb out of the window. While a whole mob of other people outside are either hurling petrol onto the flames or loading marshmallows onto sticks for toasting.

That paragraph alone’s going to make some people decide that I’m One Of The Bad Ones.

I actually believe what I believe (and hope) the vast majority of other people believe – that everyone else should be entitled to go about their daily business unmolested. That it’s not OK to attack or try to kill or threaten to kill people because of what they are (different ethnic group, gender, belief system, social class, gender identity) rather than condemning or acting against them because of what they do (thieves, murderers, abusers, bigots, warmongers).

When I was a newbie feminist I heard stories of an attack on a lesbian SM club called Chain Reaction, which was perpetrated by a radical feminist group and involved physical violence (the club premises smashed up and clubgoers hurt; at least one needing to be taken to hospital). But no one died. And that’s the only incident of major violence perpetrated by radical feminists that I have ever heard of.

LGBT people and feminists, despite all the various differences in policies and priorities, should all be allies against a worldwide culture that considers them less fully human than heterosexual cismen.

But it seems that, at the moment, some transpeople and transactivists are turning all their firepower on the group that has the least amount of actual power to act against them. Just as some radical feminists are focussing all their rage on a small group with little actual power.

This post is already getting enormous so, actually, will do the rest of it in a day or so. I haven’t finished.
Posted by Unknown at 16:45