Anthologies: Something for Everyone

That’s a line I use when I’m in one of my favourite positions – standing behind a table decked with books and facing a horde of eager money-waving punters (not three tramps and a stray dog who’ve come in to get warm, oh no not at all). I’ve heard it said that, in general, publishers don’t much like anthologies of short stories by different authors, and that readers don’t like them either. Either this is as much of a crock as most received wisdom, or it’s just another case of erotic fiction in general being an exception to most of the rest of the rules.
Because, as a veteran flogger of mucky books (damn near 20 years at the London Fetish Fair, quite a bit of time spent at the Birmingham Bizarre Bazaar and Bristol’s SWAMP kink market not to mention about a dozen Eroticas) I have always found it easier to coax buyers into shelling out for an anthology than a novel.
This may be partly down to erotica as a genre being low profile – few people could name more than one* erotica author unless they are already enthusiasts – and individual titles not, on the whole, being promoted via billboards or TV advertising in the way that even midlist crime/chicklit/sci-fi books usually are. The potential buyer, particularly if s/he has not read much erotic fiction, may not be so keen to gamble that one novel out of a tempting array of titles is The One That Will Get Me Off when, for the same price or maybe even less, a collection of works by different authors has far better odds of containing at least one story or scene that speaks directly to the reader’s personal arousal triggers.

Anyway, all that said, I’ve actually got stories in three different newly-hatched collections, so I can hustle and bamboozle you all into shopping with even more choice. 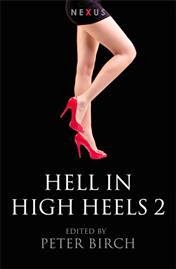 You can grab that for your e-reader only... 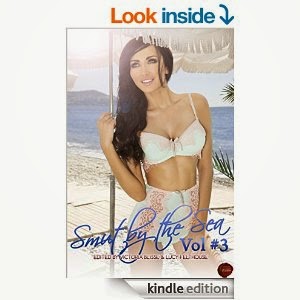 You can download that or buy an actual book

But if you want something completely different, check out Valves and Vixens, a book of steampunk erotica. I remember getting all unnecessary over myself when I read the requirements for this one, as it meant I finally had a chance to write about one of my favourite mad sci-fi-type theories: orgone accumulation. Do what? Well, it’s a theory originally put about by one Wilhelm Reich to the effect that intense emotions make the human brain emit energy particles which can be harvested. Sort of. There’s no evidence that this is anything other than complete bollocks, but as a starting point for a story? Get in! 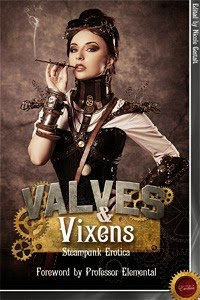 Again, up to you whether you want it as a download or a paperback

So whether you’re looking to load up the Kindle before hitting the beach or prefer a paper copy on the grounds that physical books are more forgiving if dropped off a pedalo or covered in sangria, hope this helps you pick your summer reading.