Not a good week for novelists, then. It does seem as though Patrick McLaw, the American schoolteacher whose case was scaring the crap out of writers in both hemispheres, was picked up for more than just writing a couple of ropey science fiction novels, though actual details are still not very available. At the same time, it's not all that surprising that the idea of a teacher being hounded out of his job and marched off for a forcible psychiatric evaluation just for writing stories was so terribly plausible. To anyone on this side of the Atlantic who keeps even half an eye on US politics, the Yanks have been looking steadily more mental for the last few years. Despite having replaced the war-mongering, jeezus-jumping Bush thicko with a bloke who at least appears capable of dressing himself in the morning, America seems to be sliding back into a semi-primordial soup of violent racism and scary institutionalised misogyny.

Over here, though, we're not doing much better. Council worker Bettina Bunte has also lost her education-related job because she wrote a book - in her case, an erotic novel based on personal experience. Once again, there is possibly  more to this story than the information available to the public at present - if Ms Bunte was writing under a pseudonym, how did parents of the children she worked with know about her book? Was she using the fact of her employment by the council in an education-related capacity as a selling point? The latter seems unlikely given that she used a pseudonym. 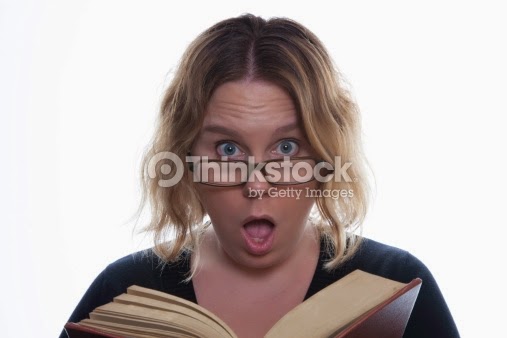 Writers of erotica - along with horror writers - have had years of putting up with stupid bucketheads who seem to have only the barest understanding of what fiction actually is, because they don't ever read books. Ms Bunte makes no secret of the fact that her novel is based on her own life story, but it's a novel, not a memoir. Mr McLaw's novels are set nearly a millenium into the future, so whatever life experiences he may have drawn on to write them, they are not depictions of actual or imminent events. Some of us who are in the business of writing erotic stories do sometimes base a key scene on something we once did or at least wanted to do, but all of us get very tired of being asked if we have as much sex as our characters.

At present, it's still fairly unlikely that anyone's going to try and revive the Witchcraft Act in order to bang JK Rowling up for casting real spells but the idea that novelists can and should be persecuted for what they have their fictitious creations do is a worrying one, and it needs to be loudly opposed.
Posted by Unknown at 16:15