All the Special Days

Everybody's got their own set of special days, influenced to a greater or lesser extent by culture and religion. Maybe it's another of those signs of advancing age that I find a chunk of comfort and joy in marking the passing of time and the turning of the seasons with a certain number of set incidents and rituals (of sorts) - or maybe it is just because I'm working on a short story about this very subject right now. As a feminist, atheist, English deviant, mine are a mixture of personal (a friend's annual birthday event that's achieved the status of a tradition) nature-related (longest and shortest nights) historical and/or vaguely pagan, and a sometimes-shifting selection of kink-related occasions that happen annually. SM Pride used to be one to stick on the calendar, but that fell into disarray and vanished a few years ago.

One of my perennial favourites, which is just about to come round again, is the Burns Night party run by The Firm. 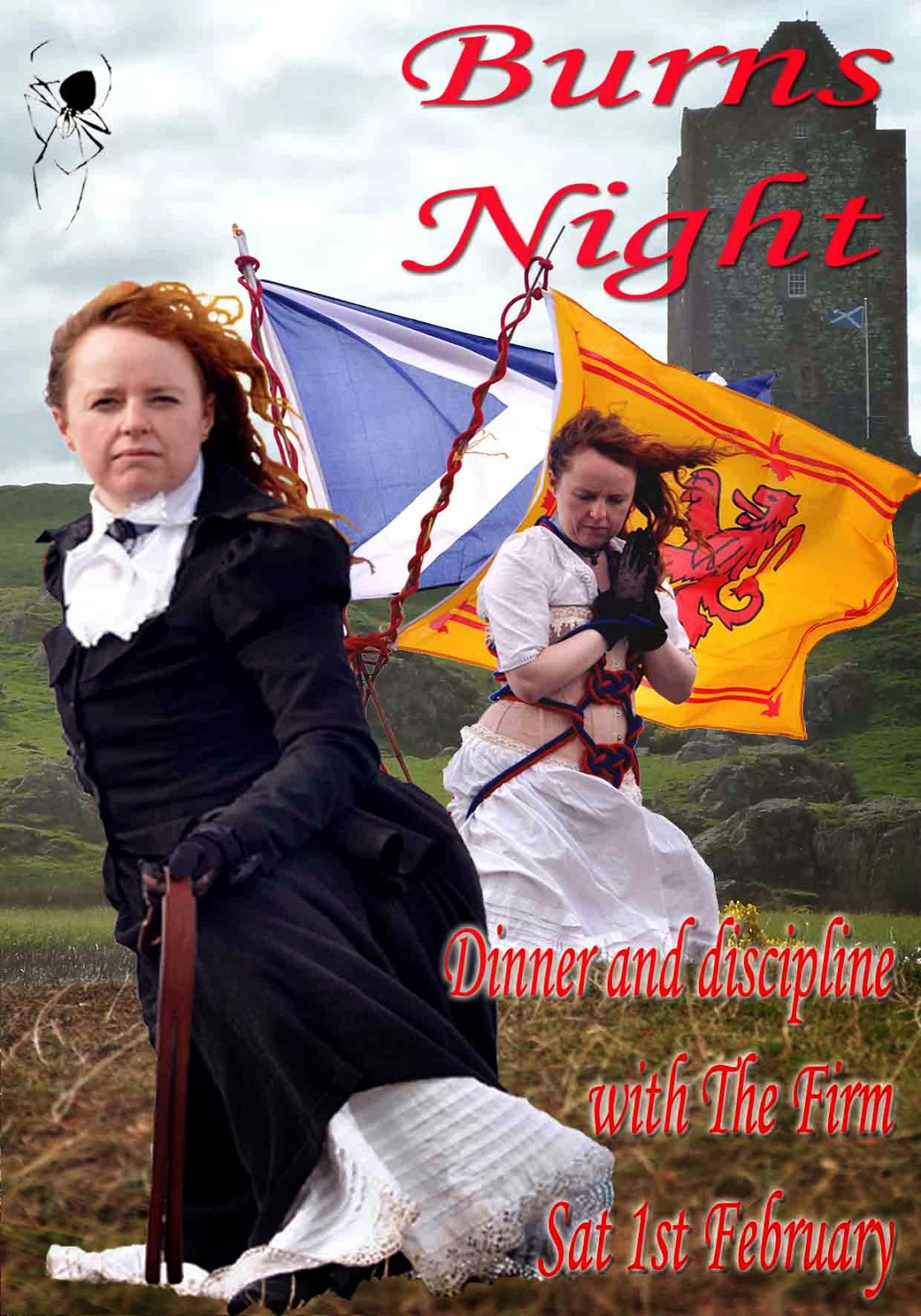 I was at the very first one of these in 2001, and had a phenomenally good time, despite having elected to dress as a Bay City Rollers fan (well, you know, Scottish...). The concept of haggis, bagpipes and smacked arses in the same room has confounded some people but delighted loads of others for over a decade now, and the sheer delicious daftness of it is what keeps it high on my list of favourite annual playdates.

The other ones I take notice of are, in the order in which they occur, St George's Day and May Day (morris-dancing), Summer Solstice, The Boat (another Firm event), Halloween, Bonfire Night, Winter Solstice, Christmas and New Year. Yes, of course I've omitted dates that matter to you. I am not you and you are not me. But I'd be quite interested in hearing how other people's annual calendars pan out. Any particularly good lists (especially if they introduce me to a festival that I'd like to keep in future) might even win a small prize.