... In the shape of one David Foster wailing away in the Grauniad about how it's Just Not Fair that women object to having creepy men approach with their cocks out all the time. 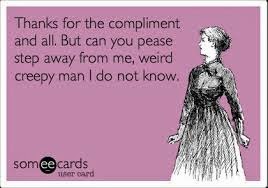 Foster says 'there is a risk of comparing offensive and clumsy sexual remarks with respectful, courteous sexual advances.'

David, David, David, you silly tosser. You might as well just get a biro and write 'Creepy Fucker' on your own forehead. It's the absolute hallmark of the creepy fucker to insist that women are too stupid, humourless and paranoid to be able to tell the difference between the dangerous predator and the well-meaning idiot.

It's men who seem to have a problem understanding that there is a difference between shy clumsiness and whiny, entitled Nice Guy TM behaviour. 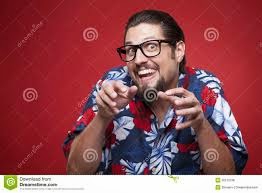 There are plenty of easy ways to make the acquaintance of people who are, or might well be, happy to have sex with you. There are dating websites, hookup websites, clubs, bars, parties, gigs, all full of people who are at least potentially interested in finding a sexual partner.
If you've tried these methods and got nowhere, the problem is not Evil Feminism gluing women's legs closed. The problem is probably you.
But but but, waah waah waah, women only like rich handsome men and the rest of us get friendzoned and served with restraining orders and LAUGHED AT.... You don't have to be rich or model-perfect, but it's helpful to make the best of yourself. For the really slow-on-the-uptake, that means making enough effort not to smell like a neglected laundry basket, checking there's no food stuck in your teeth, and managing a little more conversational competence than 'Hurr, I really wanna fuck all your holes' 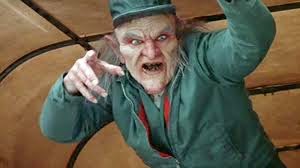 It isn't, actually, totally impossible to connect with an attractive stranger at the bus stop or in the library, of course. But to do this successfully, you have to accept a very important truth. You are not entitled to so much as a second of this person's time. If s/he doesn't want to talk to you, you need to leave that person alone. If you're not sufficiently socially skilled and intelligent to read the signals - person holding eye contact with you, smiling at you, offering a few polite opening remarks means IT'S OK TO TALK TO ME; person reading, turning away from you, talking to someone else,  on the phone or playing Candy Crush or whatever means DO NOT APPROACH ME - then you really shouldn't be let out of the house without a minder.

It's not puritanism, sexual repression, political correctness or feminism that makes women complain about men's poor behaviour.  It's men's poor behaviour that's to blame.  When it comes to street encounters and approaches, maybe sexually desperate, 'oppressed' straight white guys should consider the social and legal rules that apply in general. Think about the chugger, the religious nut, the Big Issue seller and the individual dressed as a giant mushroom trying to tempt you into the new pizza restaurant. You hope they'll get out of your way. You try to communicate that you're not interested. But you don't expect them to call you an uptight cunt and physically attack you if you just walk on by...