Twenty years ago? Oh come off it!

It was one of those unexpected jolts that occasionally occur even when you're, well, young at heart. A piece showed up on my Twitter feed mentioning that it was 20 years ago the Kurt Cobain topped himself and Britpop sort of began. And I thought, 20 years? Can't be right. That was only a couple of summers ago, surely.
And then I thought: 1994! I didn't even have a mobile phone, then. And though I did have a book out, sort of (it was full length but printed in 'magazine format' ie softcover A5 and sold in newsagents rather than bookshops), the main promotion I did was borrowing copies from the office and taking them round the various rock clubs of the West End to show them to my mates and deal with the delicate social ramifications of people thinking that this or that character in the story was based on them, or on their boyfriend or girlfriend. No Twitterstorms or Facebook pages for that one. It would be about another year before I even worked out what the Internet was. 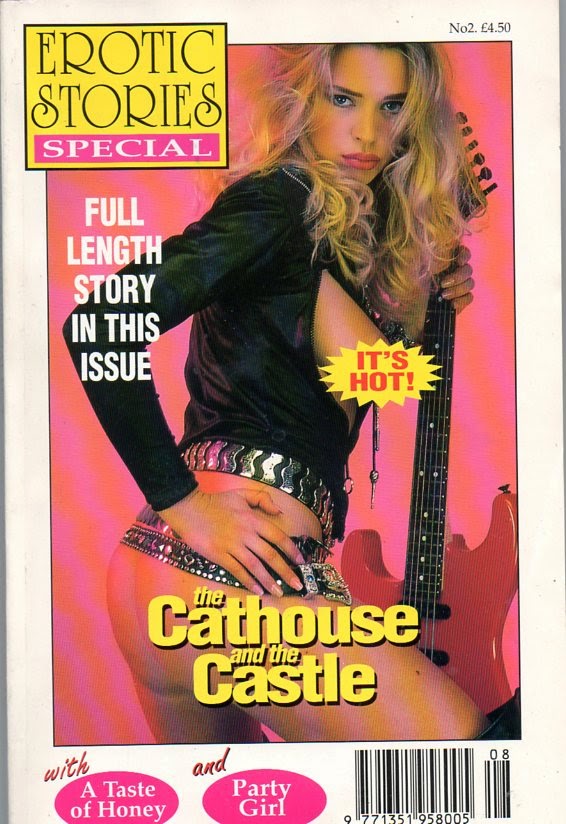 I don't think there are many copies of Cathouse still in existence, and glancing through the last survivor on my own bookshelf makes me wince a bit at its many flaws, but I do remember how much I enjoyed writing it, and how incredibly exciting it was to tell all my friends that it was ACTUALLY OUT NOW! IN SHOPS!

As it is, I'm in the early preliminary stages (or at least my Other Self is) of piecing together a new book, about which I can say only that it does involve the effects of the past on the present, so thinking back is a moderately useful exercise. And music is one of the best tools for taking your mind back into the past. While I was out of my teens in the Britpop era, I was still very interested in music, still buying records on vinyl (does anyone even know what that is now?) and still, as I am even now, fascinated by bands, their dynamics, their stories, their ideas.

I think the new book might be about to get interesting even if it's not possible to quote song lyrics without getting in a legal stew.